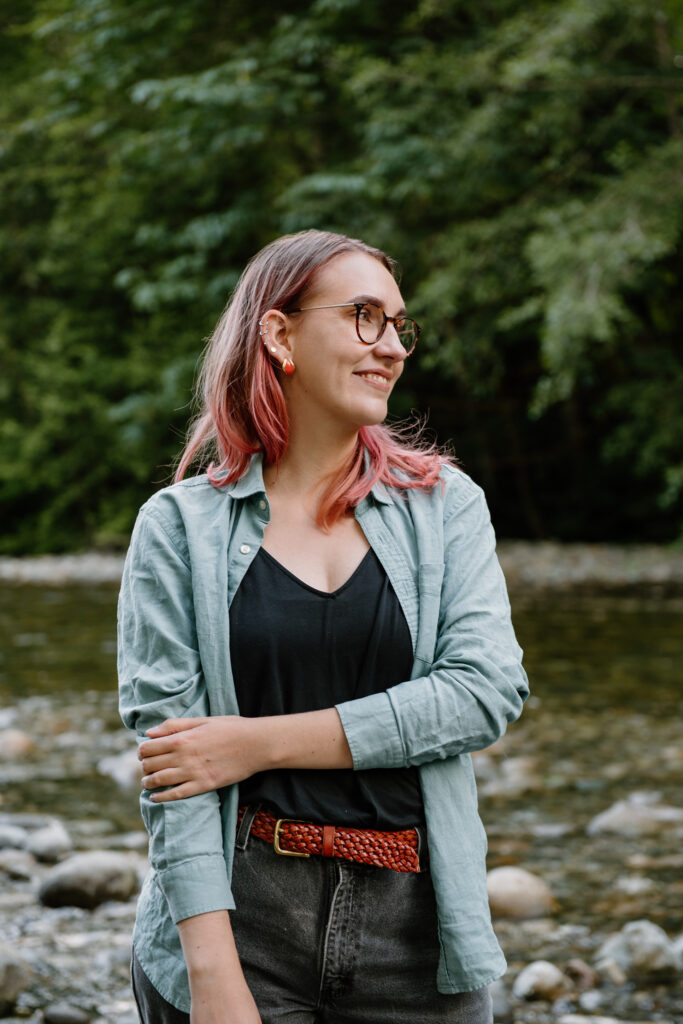 Gloria Mercer is a filmmaker  from Vancouver, which is located on the unceded territory of the Musqueam, Squamish, and Tsleil-Waututh Nations. Her award-winning short films have screened at international festivals worldwide. She is an alumni of the Simon Fraser University Film Program, and recently completed the Women in the Director’s Chair Career Advancement Module program.

Her short film Hekademia was awarded support from the National Film Board of Canada and the Canada Council for the Arts. It has screened at festivals worldwide, recently winning Best Sci-Fi at the Oscar-Qualifying Hollyshorts Film Festival and garnering two Leo Award nominations. It will have its broadcast premiere on CBC Gem through the Canadian Reflections program in December of 2021.

At Women in the Director’s Chair, Gloria developed the feature feminist thriller, A Safe Distance, written by her partner Aidan West. The two filmed the short film version of A Safe Distance in August, 2020, and it is now touring the festival circuit.

Gloria and Aidan recently wrapped production on their newest short film Smoke Eater, which was one of only three projects selected for funding for the Harold Greenberg Fund “Shorts to Features” 2021 program.

Gloria seeks to expand upon representations of women by creating stories that interrogate gender and foreground complicated female characters. Her work examines themes of loneliness, self-discovery, and relationships between women. She is passionate about featuring more women in front of and behind the camera, and fostering new talent in the BC film industry.

Read a review of Hekademia on the film blog Film Threat.

Read about Bombing on The Mary Sue’s profile of Filmmakers to Watch.

Read about her experience bringing Bombing to the Bentonville Film Festival here.